Why You May Need Flood Coverage Outside of Flood Zones

Why You May Need Flood Coverage Outside of Flood Zones

Why You Need Flood Coverage Outside of Flood Zones

Can you imagine over 17 inches of heavy rainfall in just 48 hours? That’s what Nashville, Tennessee experienced on May 1-2, 2010.1 Maybe you recall the news coverage that was tracking the major flooding through parts of Tennessee.

As the rain fell relentlessly, families were scared and worried as many had to leave their homes until the storm was over and damages could be repaired. During this crisis, HomeFirst® customers quickly turned to us for help! We helped over 100 customers who had their homes destroyed or damaged by the Nashville flooding in 2010. 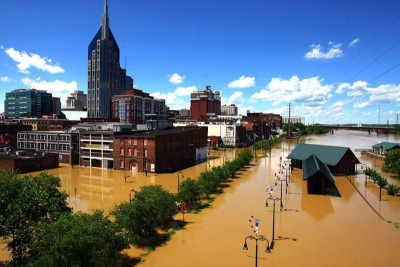 What if You're Not in a Flood Zone?

You could say that this flood came as quite a surprise to Nashville residents. With the highest amount of rainfall in more than 140 years of Nashville's (Davidson County, TN) recorded history, thirteen inches of rain fell in less than 36 hours.2

The weather system that spawned this excessive rainfall created a once in 1,000-years flood through most of Tennessee, Kentucky and northern Mississippi. At least 23 counties in Tennessee were declared major disaster areas by the federal government.3

At the time of the flood, it was reported that less than 4,000 homes in Davidson County, Tenn. were covered by flood insurance, meaning that unfortunately, the majority of homeowners with damaged or destroyed homes could not turn to their homeowner’s insurance for loss reimbursement.3 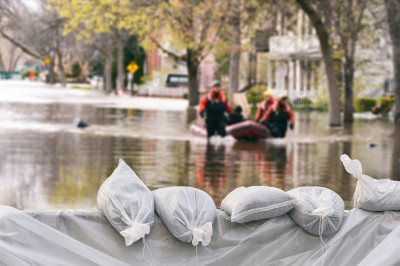 The historic flooding of Nashville, TN is just one example why HomeFirst® Agency includes flood coverage as part of the comprehensive coverage it offers for manufactured home, mobile home, modular home and other factory-built housing.

Coverage is subject to deductibles and exclusions listed in the policy. HomeFirst’s policies are underwritten by American Banker’s Insurance Company of Florida (in MN- American Security Insurance Company), a business of Assurant Specialty Property, an Assurant, Inc. business.

29 HomeFirst® Agency customers' homes were destroyed by the Nashville flooding and were paid claims totaling $984,000. Another 82 customers suffered partial flood damage and were paid a combined total of $280,000 for their losses. If these customers did not have flood coverage included as part of their insurance policy, they would not have received any claim payments. 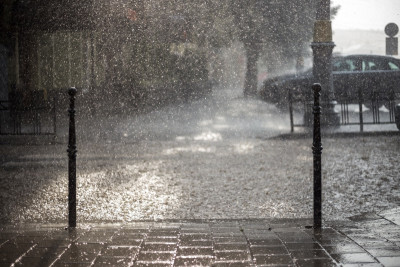 There’s A First Time for Everything: Be Prepared

FEMA, the Federal Emergency Management Agency, states “Where it rains, it can flood”. In other words, just because it’s never flooded in your area before, doesn’t mean it can’t happen. That’s why it’s so important to have flood insurance and be prepared.

Are you prepared for an unexpected flood? Are you adequately insured? Call HomeFirst® Agency today for a no obligation quote at 800-664-9309.

Find Out What To Do If You Have Water Damage